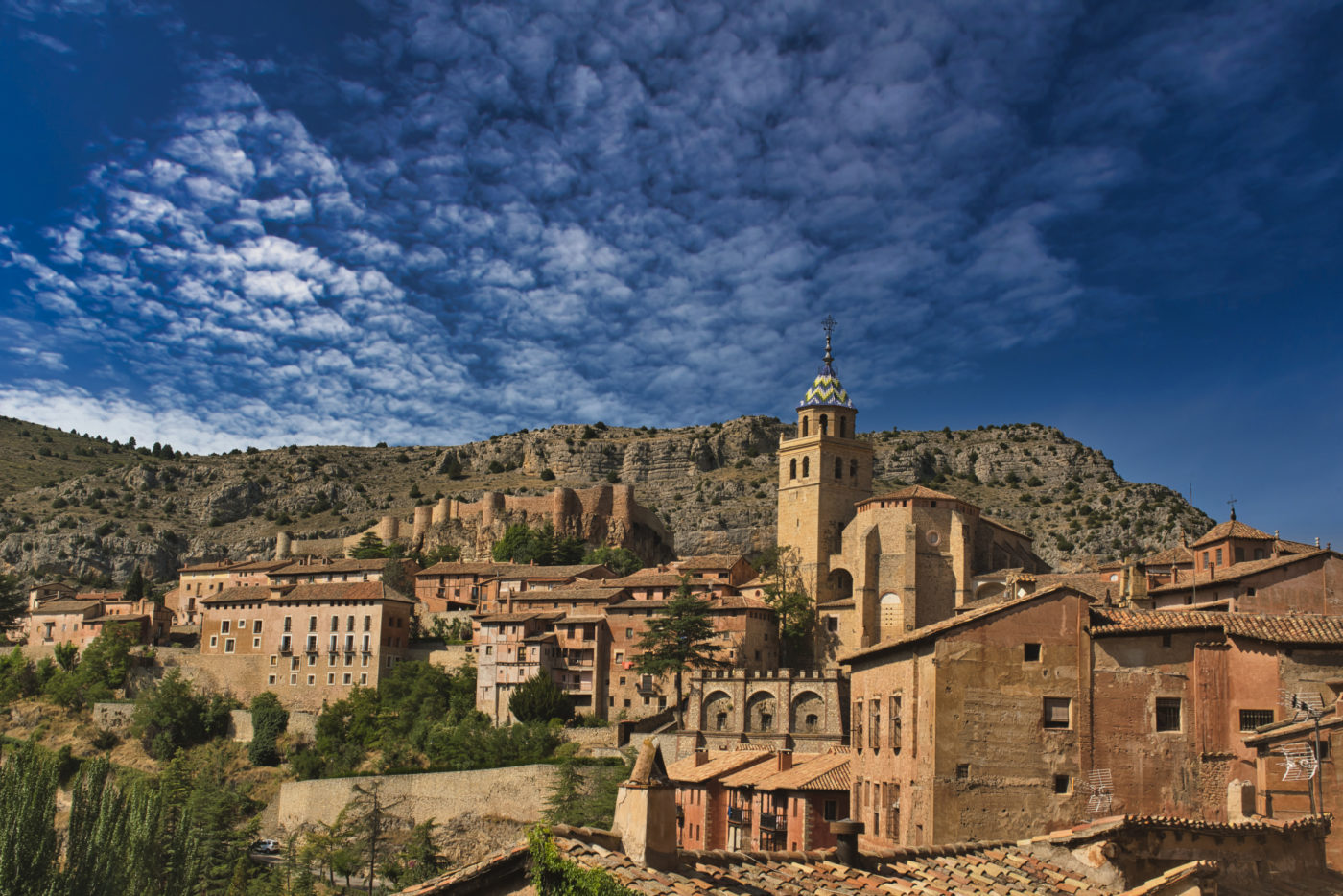 Albarracín huddles, sprouting from the rock, in a thousand incredible forms of popular architecture.  The capricious flow of the Guadalaviar River, that deep sickle to which it embraces, explains the surprising urban structure of the city, in the shape of a “Y”, encased between the deep escarpments laboriously worked by the river.

Declared a National Monument since 1961;  it holds the 1996 Gold Medal for Merit in Fine Arts, and is proposed by the Unesco to be declared a World Heritage Site due to the beauty and importance of its historical heritage.

The old quarter of the town is built on the slopes of a mountain, almost entirely surrounded by the Guadalaviar river.  To the north is the “Sierra de Albarracín”, and to the south the Universal Mountains. Part of its municipal term is occupied by the protected landscape of “Pinares de Rodeno”.