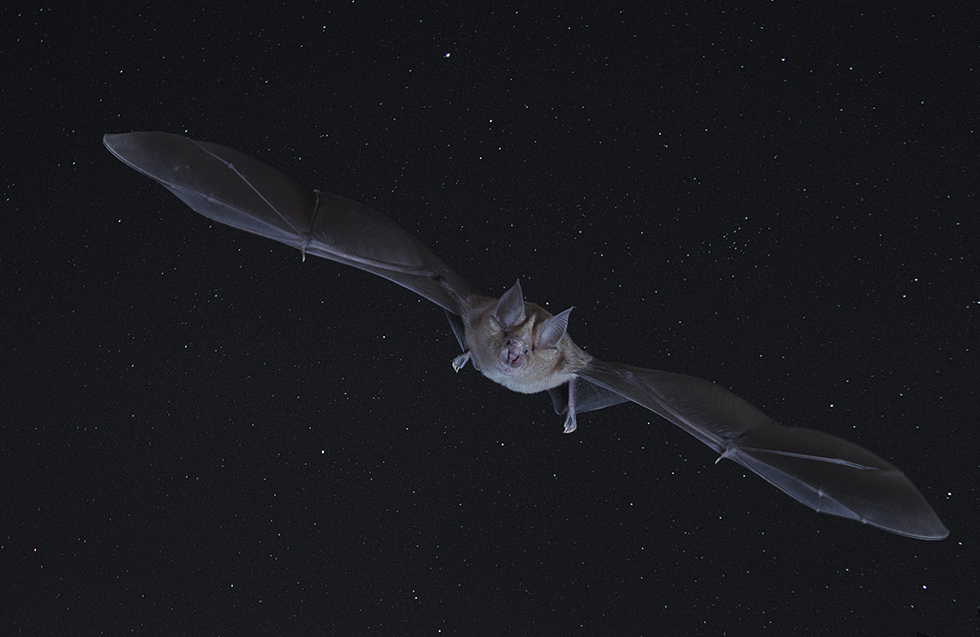 The Sierra of Tous belongs to the platform of the Caroig Massif, it stands out for its abrupt and harsh orography. In these mountains there are many ravines, springs, shelters, caves and chasms formed as a result of the limestone composition of the land. The Júcar river crosses it, wedged on its western side between an impressive vertical canyon of over 400 meters high.

I begin the tour in the early afternoon, this time through the Barranco del Castellet in the Loma de Cotillas area. At a specific point and on the left bank of the ravine, I have located a colony of horseshoe bats (Rinolophus sp.). The access hole where they live has the ideal characteristics for the type of image I was looking for.

In Jules Renard’s Natural histories I read that:

…there is no corner where a piece of night does not penetrate…shreds come off of it, intertwined at random. This is how bats are born. And to this origin they owe the fact that they cannot withstand daylight… but, no, they are not bad. They never touch us and “armed” with my cameras I went down to one of their “houses” to photograph them.

The image that has been keeping me up at night for a long time is that of a bat on a stellar background, and after searching for a time and a place that met the right conditions to tackle this work, I finally found it. My plan was not like the other times, where I set up all the devices to photograph them on their way out of the cave, but this time I would wait from inside their shelter for them to return. I mounted the camera on the tripod looking for a low angle to capture a portion of the outside sky seen through the entrance hole to the cave, I placed the infrared sensor in a vertical position, and due to the characteristics of the location, I illuminated the scene with only two flashes at 45º and 1/32 power to stop the fast flight of the bat. After the firing of the flashes, a slow shutter speed in camera around 25 seconds to capture the stars, they did the rest.

With the emotion still in my body after seeing the image on the screen of my Nikon D800 and after putting all my equipment in my backpack, I stick my head outside, contemplating a dreamlike landscape, a starry night with the planet Venus as the protagonist. While I listen to the croaking of the toads in heat that echo at the bottom of the ravine.