Grazing in the Gúdar mountains 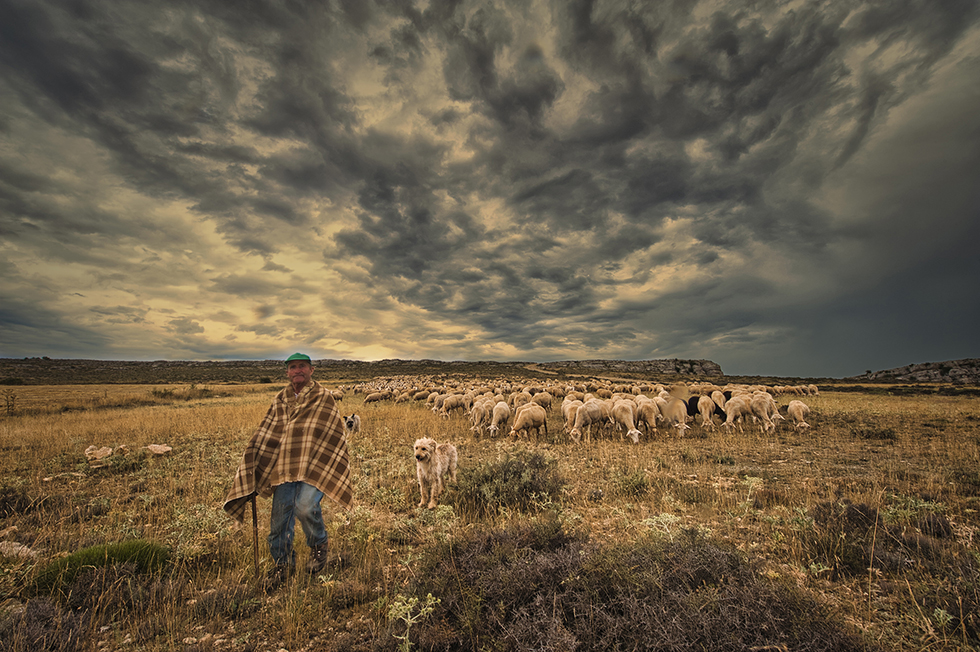 Grazing in the Gúdar mountains
Notebooks of transhumance – N° 14

“Every year, when the winter solstice arrives, and as has been happening for centuries, the mountain ranchers of Gúdar-Maestrazgo, after leaving their homes, move on foot through the cattle ranches, leading their herds to the coastal plains in search of the grass grown after the autumn rains.
Later, around the summer solstice, when the sun begins to scorch the lowlands, it is the time when the shepherds and their huts will return to their mountain homes, where, after the winter snow or spring rains, it will grow during the summer an abundant pasture.”

The Sierra de Gudar has always been a pastoral territory par excellence. A few years ago I was with some of the shepherds who still remain in these mountains. Only a few still carry out transhumance to the lands of the Levant, the majority remain in the place throughout the year, housing their cattle in the stables during the winters, which here are long and very cold, with absolute minimums of up to -24 ° c. During all this time they will be fed with different fodder from the previous harvests, which the shepherds have stored, until, with the arrival of good weather, they will once again take advantage of the pastures of these mountains: thyme, gorse, sage, etc.

In Cuadernos de la trashumancia n°14, we have a very deep and complete study of this phenomenon, which will bring us closer to a whole world that is still alive in the 21st century.