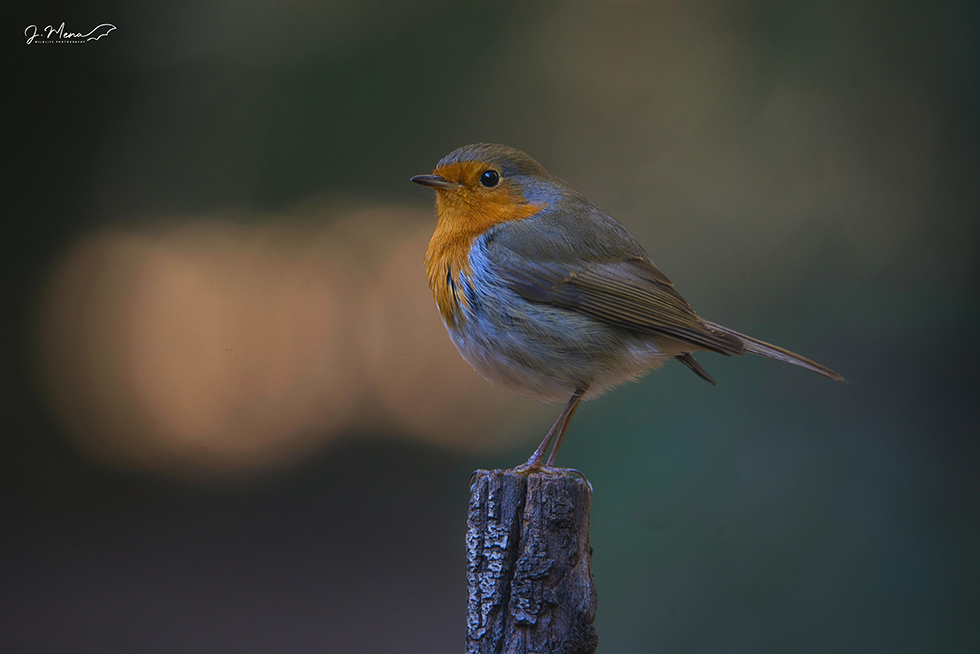 The european robin, from the turdid family and with the scientific name Erithacus rubecula, is a small, round-shaped bird about 14 centimeters long.

Its color above is brown, while below it is whitish gray, the chest and face have an orange-red coloration. The male and the female have the same coloration, only the young individuals are devoid of the front spot, presenting a more uniform coloration.

It feeds on insects, earthworms, fruits and seeds. It nests in a hole in a stone wall or in a tree. The female lays between 4 and 6 eggs twice a year and incubates them for about 14 days. The chicks are usually overhanging after 2 weeks.

It lives in the humid forests and can also be seen in the orchards and in the parks and gardens of the towns. He walks and jumps on the ground looking for food. When it senses danger, it raises its tail. It is easily seen during the winter, since it gets very close to humans.

Adults are usually in the same territory all year round.

During the winter, robins from central and northern Europe arrive in our country.

Here in our municipality it has always been a wintering bird, but in recent years I have been able to verify that some specimens have not made the migration and have remained to nest in the Font Amarga and les Salines, quite a novelty.