Fermín Muñoz, the last nomad I 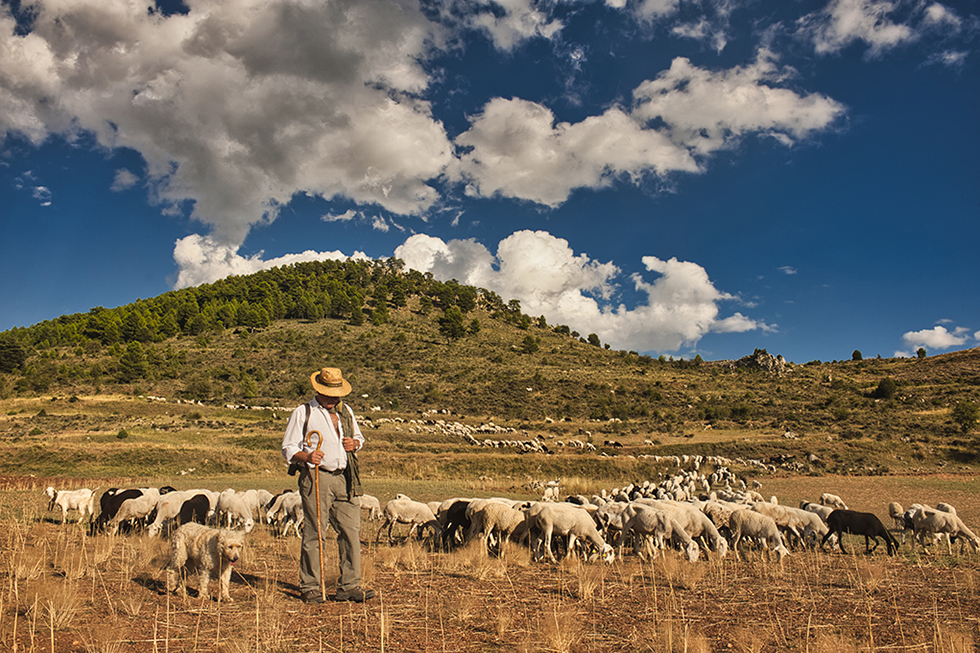 Fermín Muñoz, the last nomad I

Fermín (25-9-1959) is a shepherd from Salvacañete (Cuenca) who has been doing transhumance since he was 20 years old, and for 31 years in a row going to extremes with his cattle in Valencia, which is known as going down to the Kingdom . I met him last winter in his farmyard in Catadau, and in all the conversations we had I realized that I was dealing with a reserved but kind man who treated me exquisitely.

We are at the end of summer. Fermín has his herds in Salvacañete, and now, in the month of August, specifically in the Casa el Mojón area and corral. At 5 pm I arrive at the Village of New Houses and I meet Fermín at his house. There is still an hour left to go to the mountain with the sheep. We stayed at his house talking. He tells me that the first week of November he will leave for Valencia in search of pasture for the winter months, following the tradition of the mountain shepherds of Salvacañete and the ancient Moya Lands, a transhumance of cattle that for centuries It is carried through canyons, paths and cordeles. In total, it takes 10 days to do this transhumant route in winter and he tells me the towns and places he passes through:

Salvacañete—Casas Nuevas—Ademuz—Manzaneruela—Landete—Talayuelas (through the center of town. The path here happens to be called Vereda de la Venta del Cura)—Las Lagunas (departure from Talayuelas, where there are many stables)—Sinarcas (Town of many vineyards and cereal)—Rambla de San Marcos—Rambla Villanueva—Rento de Tiero (group of houses abandoned for 50 years)—Rento de Tangarina—La Atalaya—Benageber (by the end and passing near the swamp)—Chelva—Utiel—Requena—El Cubo de Domeño (stables and renters of people who once worked the fields)—Chera (pico Rope)—Pantano el Museros—Pueblo de Sote—El Campillo de Gestalgar (Town of Sote)—Partida de Marjana ((Chiva) In this town there is a saying: “La Marjana, el que la deja la gana”, because of how cold it was up there)—Alto la Loma del Cuco—Buñol (For the Molinos and for Monedi. Siete Aguas is left to one side)—You pass under the viaduct and through the streets of Buñol, coming out to the cemetery, from there to—Los Cuatro Caminos de Alborache—Fuente La Virgen (oroque)—Turís—Puente de Montroi—Llombai—Catadau.

Therefore, we are facing the last transhumance that, coming from the province of Cuenca, spends the winter in Valencian lands, in the last foothills of the Caroig mountains.