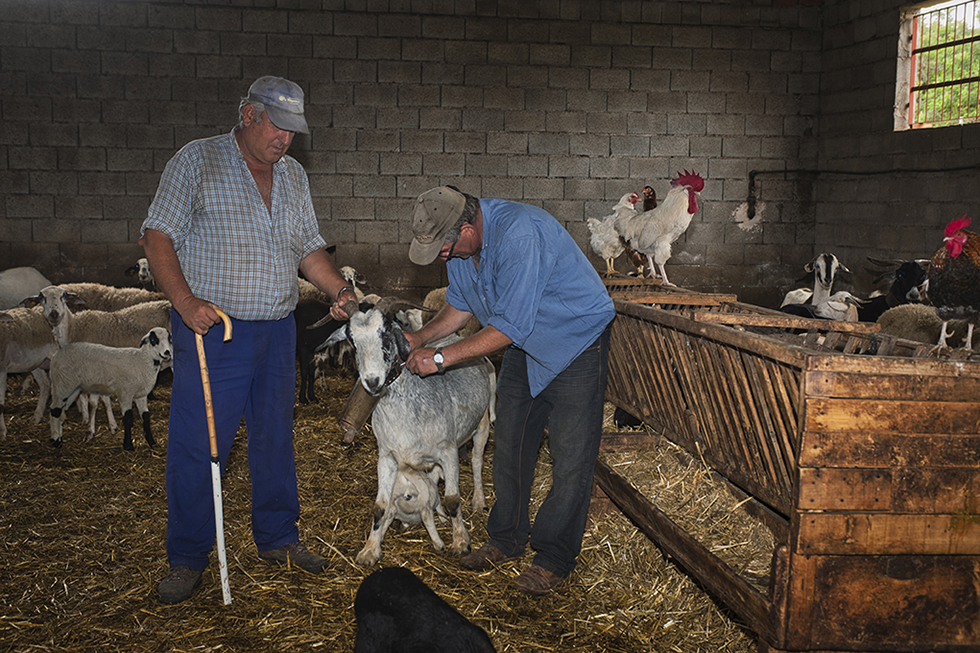 At the beginning of June and at the gates of the summer equinox, we met Fermín and Abilio in their corral in Catadau. These two brothers from the Village of Casas Nuevas are the last transhumant shepherds of Salvacañete and, therefore, the heirs to a centuries-old tradition that their father Ceferino Muñoz instilled in them since they were little.

In a few days he will set out with his flock to the mountain pastures of Salvacañete, where after a trip that will last 10 days, they will arrive at their destination to spend the warmer months in these lands, following the same route they did at the beginning of autumn. but backwards.

Of the 10 days it takes to reach the mountain pastures, I accompanied them during the first three days.

Passing through the streets of Buñol, Fermín tells me that a few years ago, when arriving at one of the roundabouts in this town, a girl with her car became very nervous due to the slow pace of the sheep, she was in a great hurry. And pointing to his watch with bad gestures and worse manners, he indicated to Fermín that he was running late. “Ma’am, I’ve already been on the sidewalk for five days, and I still have another five to go, so…”

On a certain occasion, going to the sidewalk, Fermín was crossing a very narrow bridge, in the middle he sees that a vehicle was going to meet him that began to beep at him in bad ways and reproach him, to which the shepherd replied: “But man, how I’m going to throw a thousand sheep behind, it won’t be easier for you to do it”.