Wild nature of the Caroig Massif 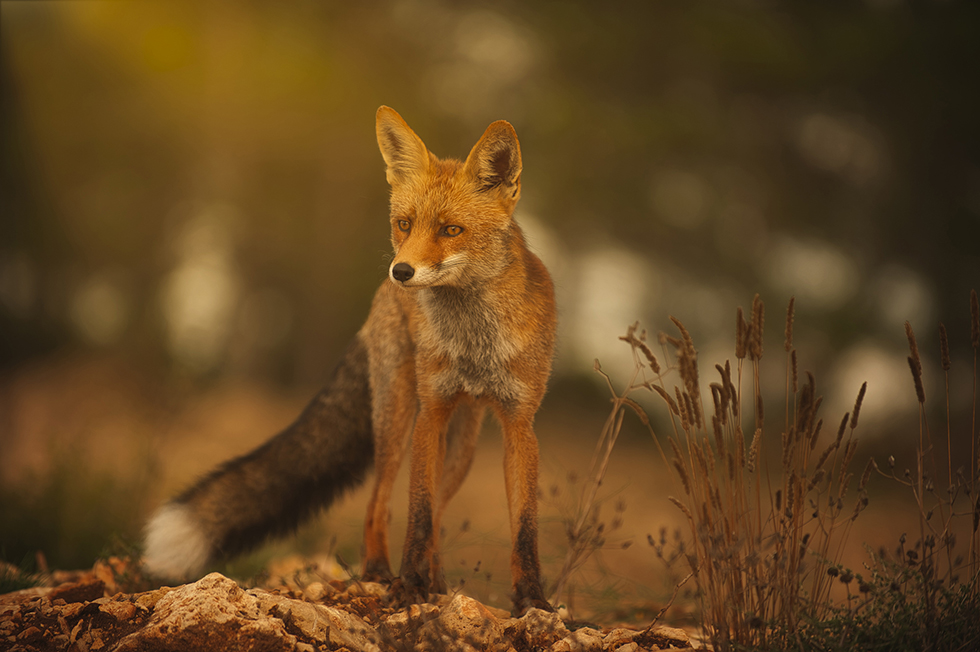 Wild nature of the Caroig Massif.

Wild nature of the Caroig Massif is the title of this work in which the nature photographer Jose Mena has combined his effort and knowledge in photography and knowledge about the natural environment, making available to any nature lover a series of images captured in recent years. The photographer has focused his work on the Caroig Massif, where the Júcar river makes its way through mountains, forming a wild and overwhelming landscape, and as Jose Manuel Almerich said, an immense natural region, lonely like few others in the entire peninsular territory, a hard and difficult landscape, sometimes hostile, where its patches of forest, rough ravines, steep belts and rock shelters form a disconcerting natural space due to its extraordinary beauty and grandeur. A territory in the shape of an almost perfect circle, which has traditionally been considered in its central area, as one of the most lonely and uninhabited regions of Europe.

This Castellon native began to look face to face at nature with the camera that his parents gave him when he was just a child. All the other classmates who returned home from a school trip or a summer camp brought home group photos or places they had visited. Jose No. In Jose’s photos we can find a row of ants transporting food to their colony, beetles, animals in a thousand forms that was what caught his attention and wanted to keep in his retina forever. Recovered with facts one of the most ancient pedagogical thoughts. The world is inhabited by different types of subjects or people, human and non-human, who learn reality from different points of view. From anthropomorphic perspectivism, social relations are not limited to human beings, but also include animals, plants… This is where he began to leave his first traces on photographic paper.

With the years came the experience, the knowledge that would help to develop creativity, the study of the environment, the improvement of the technique, the interest in biology that never left his hand and he knew how to share in his publications and collaborations of lyrics, and always, always that ancestral instinct that has turned him into a poet-scientist by turning the camera lens into an extension of his eye, of his thought that transmits to us all the vocational passion put in to achieve the moment, to show us a species that is part of our environment, but that we have only been able to see in passing by flying through the sky or crossing a road from time to time quickly without being able to appreciate shapes, color… it shows us even the look of our stranger, the most detailed that we can contemplate at pleasure.

The images of wild animals that are part of his work have been possible thanks to exhaustive previous fieldwork, following the habits of the fauna and methodically preparing all the details. One of the merits of this profession is the patience it puts into capturing the image. The most beautiful thing about Mena’s images is that they are all made in the same habitat of the species that he shows us, such is the respect with which he works that he is always the one who merges with the environment, in order to capture the moment of the animal without disturbing your routine. Whether day or night, winter or summer with sun, rain or wind.

It has never endangered the physical integrity of the animal and its well-being has always been above obtaining any photograph.

The intuited nature of Jose Mena through his photographs reveals to us a whole world that in the eyes of people is totally imperceptible. The photographer merges with the landscape, respecting his habitat, going unnoticed, thus resorting to sophisticated camouflage techniques, bringing us closer to the beauty of nature when man does not intervene with it.

It is important and convenient to explain that to get high quality images when dealing with wildlife, it is extraordinarily difficult and requires deep naturalistic knowledge, innumerable preparations, mastery of photographic technique, and of course, being prepared to endure long hours in the mountains, on roads, paths, ravines, valleys, lush forests… sometimes with adverse weather… but also, you need a little luck, but above all a lot of patience.

In Jose Mena, photography has become a kind of “projection of his spirit”, and he has known how to “read” nature like no other, where he has expressed his feelings through images, turning them into art. It teaches us to maintain coherence, the link. While we are seeing the toad wrapped in drops of water, the little owl flying and hunting in all its splendor, we are looking within ourselves, we are thinking that the image in front of us is wonderful and that being able to contemplate it is another, and of the big.

When you talk to Jose it seems that there is no river, cave, mountain capable of hiding a secret from him. He knows where and when to find the animal he wants… he is not afraid of the cold, of the night, of going down into a dark cave, wandering through the mud of the river until he finds a “pretty” snake and playing with it until he gets the moves. what are you looking for. Well, nothing, one day he showed up at my house in Jorcas, in Teruel to look for a kind of viper that lives there, and he didn’t stop until he found it to photograph it to his liking. And like this sample button, a thousand more anecdotes fill his days.

He is an atypical nature photographer, many times, I would dare to say, anarchic, undisciplined, who does not follow the established rules: he is calm enough to spend hours waiting in an uncomfortable hiding place waiting for an animal to arrive, or recreate in front of a landscape to be photographed, but that calm can turn into nervousness and impulsiveness when he has to cross mountains covered with inaccessible bushes with hardly any signs of paths or paths in search of some photographic motif. Flexible and versatile when it comes to portraying nature, he flees from any specialization in the various variants that nature photography has. Our photographer masters each of them, and he does not care to photograph a tiny spider than a wild boar, the flowers of a beautiful spring grass than the wild landscape of a mountain, the rapid flight of a bat than the slow walk of a toad. .. applying the different techniques required for each situation. Quite a nature reporter who I can’t imagine without a camera…

I will say -and here each one makes their assessment and interpretation- that being a photographer is relatively easy, being a great nature photographer, on the other hand, is very complicated. Thank you for your great human and professional quality, and for bringing us so masterfully closer to the richness of our natural environment, so punished by irrational progress and that we must protect for future generations. That must be and no other, our obligation.

And we will end by quoting a few words from the author: “These abrupt and wild mountains have taught me a lesson. Being a witness to everything that happens in nature. The Caroig summit is the end of this journey of discovery, and it has not been necessary travel to distant lands to realize the natural values ​​that still survive very close to us and make us look at these treasures with different eyes Behind all these years of walking through mountains, ravines and trails, there is a job done with sacrifice and vocation , but above all, with great respect.
The afternoon falls and a serene tranquility takes over this place, the song of the birds has stopped and I begin to perceive the coolness of the wind on my skin, a wind that whistles loudly as it hits the stones, up there, in the solitude, in the Alto del Caroig… A nocturnal bird takes flight from the pines and, ululating, gets lost in the darkness through the bushes…”