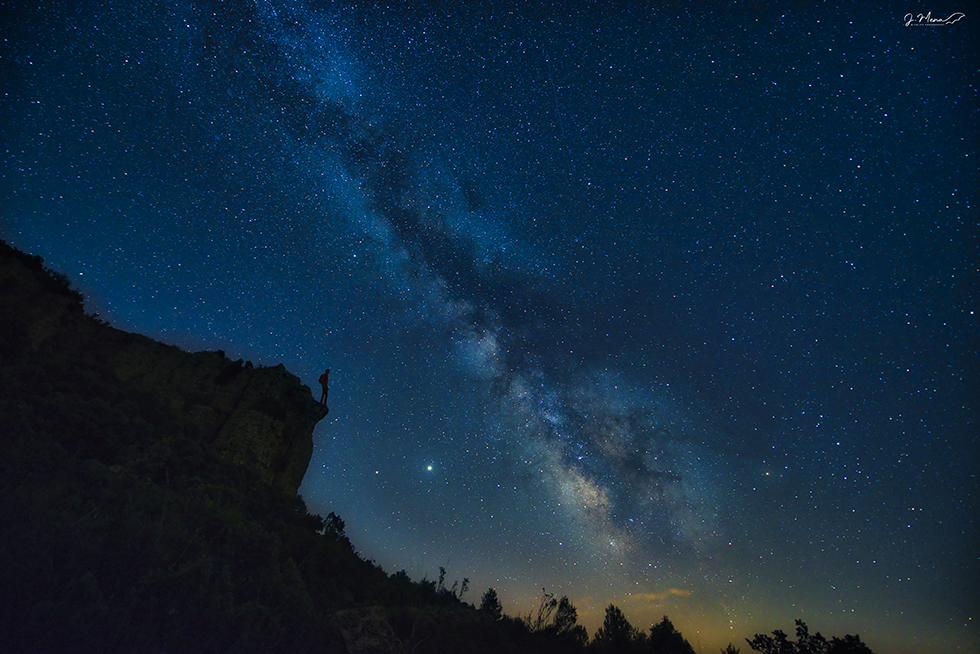 The Milky Way is a spiral galaxy full of stars and interstellar clouds, where the solar system and the Earth are located. It is the largest object observable from our planet. Due to our peripheral location within it, we see it edge-on and in an optically blurry form of great confusion due to the large number of stars and nebulae that overlap. It is estimated that it contains between 200,000 and 400,000 million stars. The distance from the Sun to the center of the galaxy is about 25,766 light-years. The Milky Way is part of a set of about forty galaxies called the Local Group and is the second largest and brightest after the Andromeda galaxy.