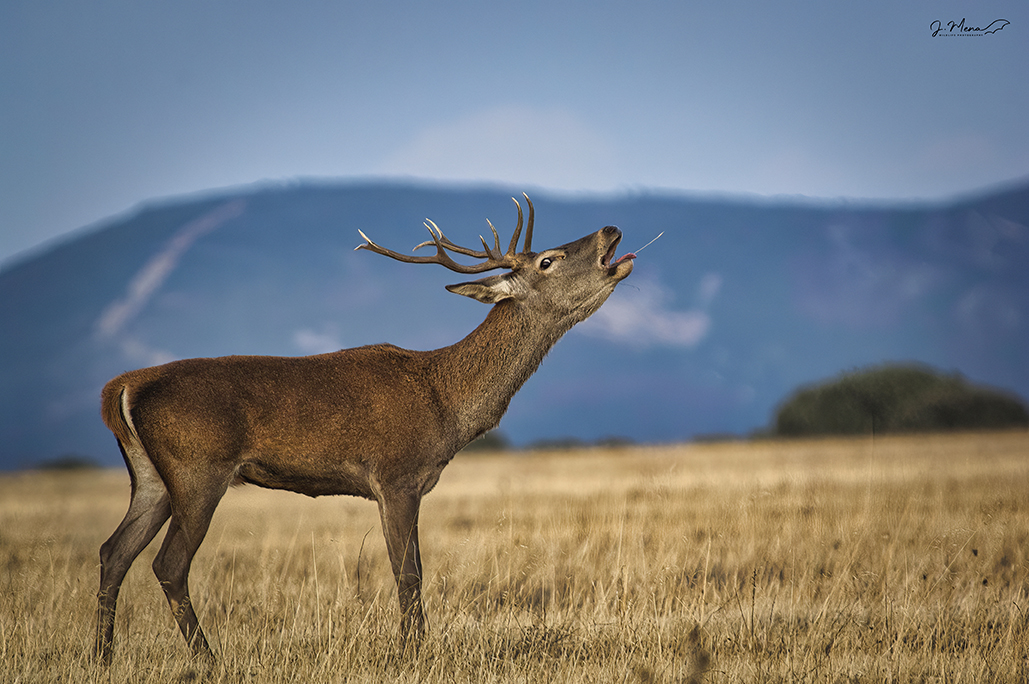 When the afternoons shorten and the summer comes to an end, coinciding with the drop in temperatures and the passage of storms, one of the most surprising natural events takes place in our Iberian mountain ranges, the bellowing, where male deer ( Cervus elaphus), the largest of our ungulates, experience heat, flooding the mountains, forests and valleys with their powerful and thunderous bellows.

To do this, they raise the earth with their horns to deposit their body fluids in the holes, rip the bark off the trees with their horns, wallow in the mud and emit powerful howls that resound at dawn and at sunset throughout the mountain. . A whole sound show that nature gives us in autumn.

It is their way of marking the territory and announcing their superiority to the rest. To warn the young aspiring to lead the group that they are there and that if they go ahead with their challenge they will have to face them in combat. Something that usually takes place several times throughout the day.

The dominant males of this species in which some specimens can exceed two hundred kilos, taking advantage of the drop in temperatures and without being overwhelmed by the heat, will engage in combat with each other to try to defend their supremacy within the group, and thus ensure the right to fertilize as many females as possible.

In this confrontation, leader and candidate will not hesitate to pounce on each other to, using their powerful antlers, stop the opponent’s attacks and force him to back down, chasing each other on the run until expelling him from the female environment. It is the ruthless way in which nature exercises natural selection, making sure that those who share the best genes choose to reproduce.

Once the hierarchy is established, it is time to cover the females. Some females that, oblivious to the fighting and surrounded by the fawns of the year, will remain fertile for just one day, so the winners will have to attend to the genetic mandate urgently, leaving the occasional mount for the less fortunate males.

Once the nuptial parade is over, the large dominant deer retreat into the forest to continue with their solitary life, oblivious to the rest, while the females and the young continue to form herds that remain united throughout the winter.

In this way, as the days get shorter and the cold becomes more and more intense, generally towards the end of October, the bellowing usually ends.