The ravine of the Hoz 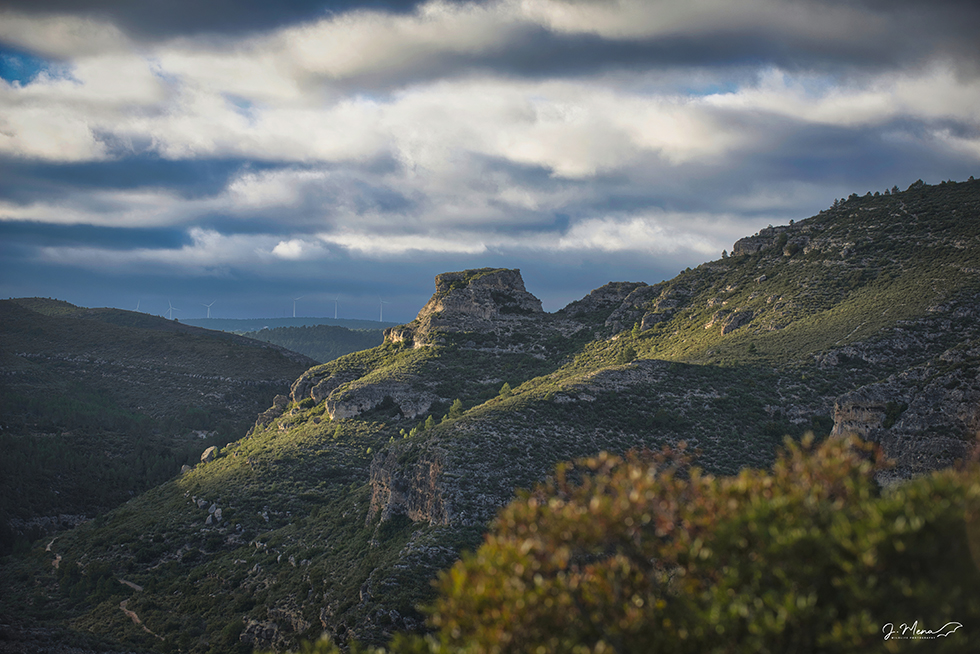 The La Hoz ravine, already in the last foothills of the Caroig Massif in the Sierra de Enguera, is an extensive mountainous area predominantly occupied by bushes and fragments of forest formations that are home to many species of wildlife.

It is one of those places that I usually visit two or three times a year, where I can enjoy a unique landscape environment. In this silent and inhospitable place, where eagles, vultures, ravens and others have jurisdiction, nature presents itself to us in every corner of its deep ravines, formed by erosive action, with its vertical walls that ascend to the highest from the mountains.

The absence of trees in this area due to the numerous fires that devastated the mountains a few years ago, gives it an originality and a different charm, as it gives one an unsettling feeling that one is in another world.

There have been numerous photographic journeys in search of its elusive fauna such as the tawny owl, the black wheatear, the golden eagle, among many others, and a very peculiar flora hidden in each of its nooks, where the micro-reserve of flora of “El Chorrillo”.